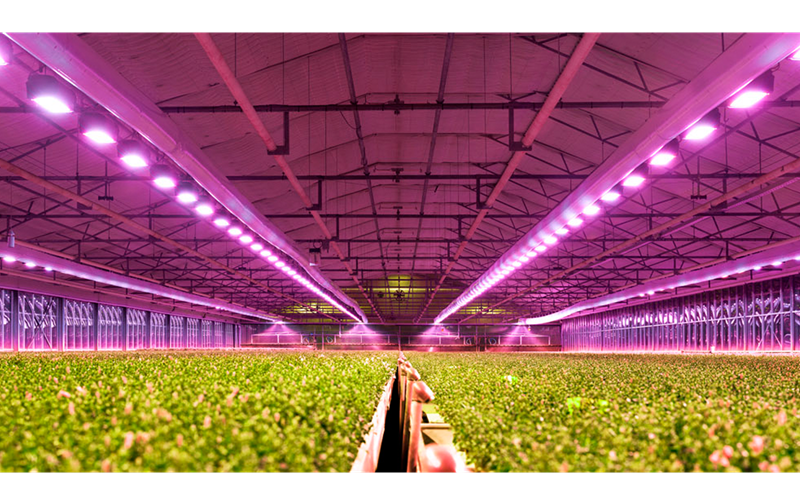 PKM
As one of Scandinavia's largest flower nurseries, PKM was seeking a solution to maximise electricity savings while maintaining a high plant quality. To achieve this, they turned to DGT by Senmatic.

In 2014, the installation was expanded by 1500 m2, making it one of the biggest LED top light installations in the world.

Central control
The FL300 has three stand-out features at PKM. First the minimalist installation which is as simple as installing HPS. The second is integration where the LED fixtures are now fully integrated in the DGT by Senmatic climate control system. The third is plant quality: The plants are thriving in the 'new light' with the same or even better quality than with the old HPS system.

Erik Moes, CEO at PKM says:
"The big advantage of the FL300 is that we can control light intensity and spectral composition cen­trally or with a tablet PC. Then there's the huge electricity savings."