To accelerate breeding improvements of crops such as barley, the agricultural crop breeding company Nordic Seed recently opened its brand-new indoor research facility, which has a full line installment from Senmatic. Nordic Seeds expects to speed its early stages of the crop breeding process from 3-4 years to just 1 year. 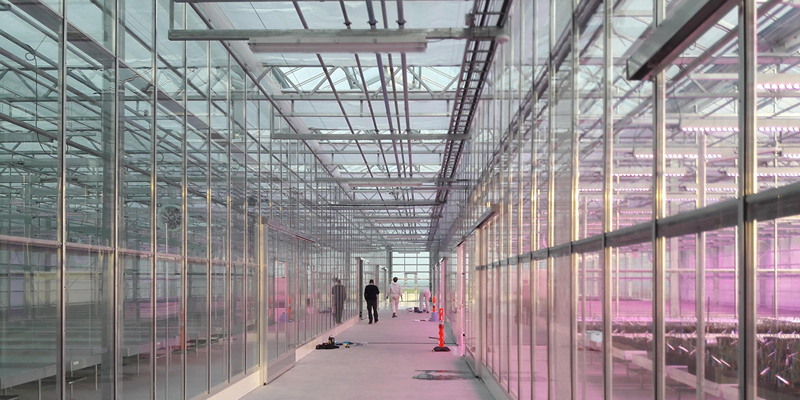 Growing crops depend on the season; some are grown in spring and others in winter – or rather that used to be the case. With its brand-new 2,200 m2 greenhouse, Danish-based agricultural crop breeding company Nordic Seed now grows crops such as barley year-round despite its actual growing season being in winter. In just one calendar year, they expect to grow three to four generations – something which in the field would have lasted three to four years.

The objectives when breeding agricultural crops are most importantly to improve yield potential, resistance to diseases and end use quality. In other words, crop breeding research increases the number of harvested grains per ha. in the fields.

"Through crop breeding we can improve crop yield by approximately 0.5-0.75 % annually. With our new indoor research facility, where we can easily control climate, lighting, watering, and fertilizing divided in sections, we expect to accelerate the process and achieve even better results."

Being an expert in indoor greenhouse technologies, Senmatic was hired to deliver an extensive full-line technological solution for the new research facility. The delivery included all electricity installations, climate control, watering and fertilizing mixer, pipes, and ventilation.

"We are highly experienced in custom made and flexible technological horticultural solutions and were hired as full-line supplier of climate, irrigation and fertilization, pipes, and ventilation. With experience from similar research facilities, we were able to guide Nordic Seed throughout the process." 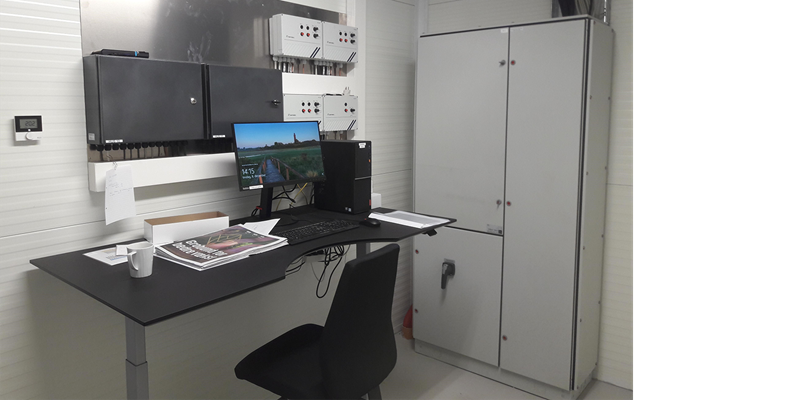 Indoor growth technologies such as watering, fertilizing, climate, ventilation, and humidity can be controlled from the adjacent office space for live monitoring of growth conditions and for data analysis.

Creating a greenhouse where each part of the plants’ needs can be controlled gives a homogeneous growth environment, meaning that Nordic Seed is now certain crops have identical growing conditions throughout the greenhouse – and stability is key when breeding crops, says Jens Due Jensen.

"Most grain crops will naturally seek to obtain 100 % in-breeding, making them genetic stabile. Crop breeding starts with creating diversity by controlled crosses. The breeder identifies interesting parents with high quality in terms of e.g. disease resistance and yield to carry out a controlled cross. After crossing, the lines need to be inbred for 3-4 generations before selection of superior lines can be conducted. The greenhouse speeds the process of inbreeding and allows us to work year-round and not be limited by the seasons." 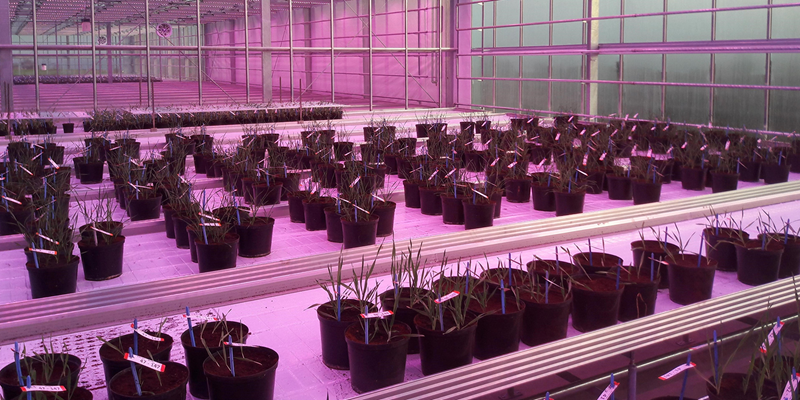 For Nordic Seed being able to sectionalize the greenhouse was important. Creating different types of crops to research and analyze the different qualities, meant that they required a flexible watering system, which could be divided into smaller sections.

To fulfil this requirement, Senmatic installed a watering valve at each table. In industrial greenhouses watering valves typically water 20 tables at a time. This means that they can control one table at a time and control and customize which nutrients, watering times and fertilizing for different crops at different tables and thereby grow a diverse selection of crops much quicker. The precise monitoring gives full flexibility. 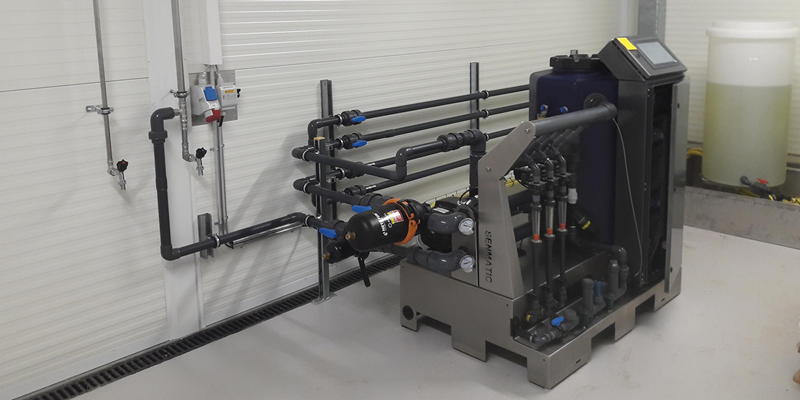 The system makes it possible to water with different fertilizer recipes. The recipes are defined from a central computer and are delivered to the chosen table from the mixer. The mixer also controls pH-values. The new greenhouse has a total of 80 tables, two watering strands, two fertilizer tanks and two return water basins.

Senmatic as partner throughout the process

In the early stages of the extensive project, Senmatic provided planning and counselling. The building process was initiated by installing all piping and electricity.

From there the technological solutions were installed: the AMI Penta fertilizer mixer, a LCC4 for electronic climate control, sensors to control humidity, temperature and CO2, as well as gear motors and rack-and-pinion vent opening system for ventilation. 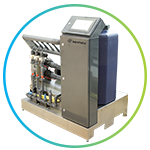 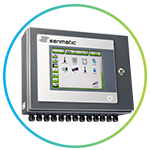 LCC4 electronic climate control for up to 16 compartments 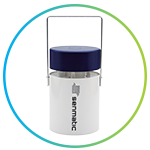 RTF7-sensor for control of temperature, humidity and CO2 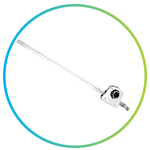 Read more about racks and pinions 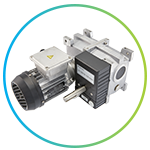 Read more about this gear motor

"This project completely illustrates how we always work no matter the installation scale: as installations partners from initial counselling, over technology installing to quality maintenance. And always with the grower’s specific needs in focus"

The ultimate climate control for all greenhouses

Greenhouses contain ecosystems that need high-quality climate control to ensure the best growing conditions. The different climate components and processes is most effectively adjusted to one another through electronic climate control. Electronic and automated climate control is relevant for all commercial greenhouses and horticultural setups, as is entails several advantages:

Nordic Seed was founded in 2008 from a merger between Pajbjerg A/S, the Abed Foundation and DLA Agro. Nordic Seed aims to develop high-yielding and healthy cereal and legume varieties for the benefit of agriculture in Denmark and Northern Europe and has a total of 1025 hectares at disposal (2533 acre) for grain processing, variety representation, and seed and grain trade. The company is part of the trading companies Danish Agro and Vestjyllands Andel, which has approximately 5,000 employees and are co-operatively owned by 11,000 Danish farmers.

Are you interested in learning more about full-scale climate installations? Or are you looking to advance with smaller technologies for now? At Senmatic, we are experts on both smaller and larger installations, and look forward to talking to you about your opportunities.

You are welcome to contact our sales team - or you can fill in the form below.

A full-scale climate solution at Aarhus University in Denmark enables state-of-the-art horticultural research, which is necessary for the future of horticulture and commercial greenhouses. Innovative functionality is crucial for the complex setup at the university, but so are stable and reliable operational processes.